Staying Kingdom-focused in a selfie-focused world

Because we are inundated by the selfie mindset, it’s only natural that this phenomenon would creep into the Church.

Am I calling you out if you’ve ever taken a selfie? Absolutely not.

There is nothing wrong with taking a picture of yourself and posting it online for the world to see (so long as you are clothed and in your right mind). It’s the underlying attitude behind that post that can get us into trouble.

Self is always the hardest thing to crucify. Add an “H” and spell self backward and you have “flesh.”

The Apostle Paul continually warned against catering to the flesh. Paul wrote in Galatians 5:17, “the flesh lusts against the spirit and the spirit against the flesh.” In our day and age, this verse rings even truer.

The spirit wants the things of God. The Kingdom mindset is a spiritual mindset. God desires for us to focus on what He wants. However, since we live in flesh and we constantly desire whatever gratifies the flesh.

Grace gives us the power to crucify the flesh with its affections and lusts (Galatians 5:24).

Yes, it’s a battle to deny self. There’s enmity between flesh and spirit (Romans 8:7). That literally means there’s hatred between your natural fleshy self and the new man God created you to be. The flesh wants the exact opposite of kingdom. It’s a battle, but grace wins. And grace causes you to win.

A kingdom-focus will bring the needs of others into view. Consequently, when our view is focused on the kingdom, we will care much less about self and much about others.

Finally, yield to God. Allow His grace to work freely in your life on a daily, ongoing basis to stay Kingdom-focused in this selfie generation.

Have you watched the news lately? I can’t say that I blame you if you haven’t. There really is nothing but bad news these days. It seems like civilization stands on the brink of devastation. The pro-choice lobby is stronger than ever. The euthanasia debate has even come back to the fray in recent years. The faces of hopelessness have become even more real.

Is there a better time than now for the Church to rise up and declare the hope we have?

In Colossians 1, the Apostle Paul begins to reveal his ministry to the church at Colosse. Paul wrote the letter from prison after hearing that the Colosse church had begun to believe a mixture of false doctrines. Among those beliefs was the heresy of Gnosticism.

The Gnostic belief that reduced the role of Jesus from Saviour to just another source of knowledge, had quickly distracted believers in Colosse.

To this attitude, Paul asserted that God was using him to make known the full message of Christ–a message that was hidden in mystery to the Colossians because of their mostly Gentile background and their drift back into heresy.

THE HOPE OF GLORY

What we have then in Colosse is a church in which Jesus had become a lesser thing. Christ was now just another means of knowledge unto salvation, rather than the hope of all the world.

It was a church that had become just like its surrounding culture. Sound familiar?

Could it be that the world is hopeless because much of the church has become hopeless in our day?

Is the Church in America merely an empty shell in today’s culture?

Pastor, if Jesus has become a lesser thing in your sermons, your worship, and your everyday walk, please put Him back where he belongs.

The hopeless world cannot afford to have a hopeless church in this day.

This is an updated post that originally appeared on j31.org in 2014.

Victory Formation Christianity: Playing it safe til He comes 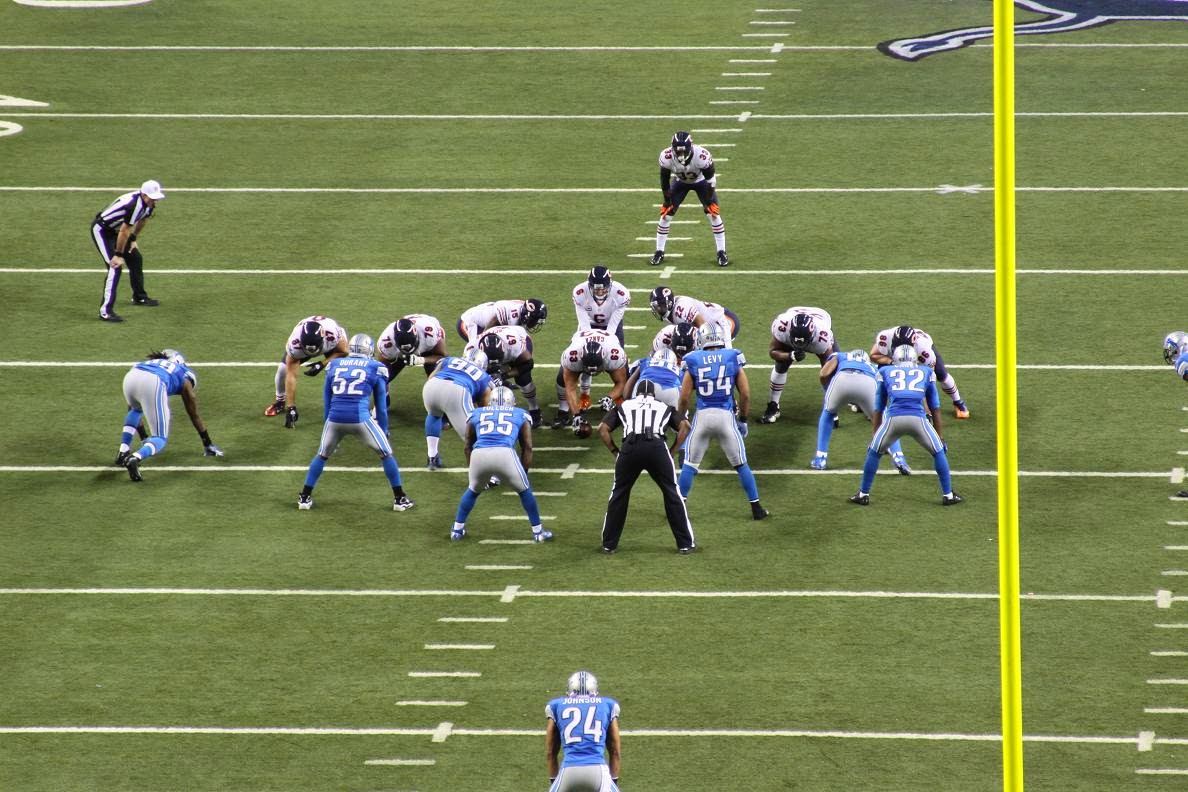 It’s as frustratingly maddening as it is sweetly exhilarating. If you’re on the winning side there’s no greater sight. If you’re the loser, you’d rather stick a needle in your eye than watch as it plays out. It’s football’s Victory Formation.

When the outcome of a football game is no longer in question late in the game, the team with the lead usually goes into an offensive formation that completely protects the quarterback as he takes the snap and almost immediately takes a knee to just keep the clock running. The losing side usually has no timeouts left and no hope of a comeback when the winning side begins this formality.

Unfortunately, the Victory Formation mentality has crept it’s way into the Church.

The return of the Lord might not be that far away. Because of this perceived shortness of time, many Christians seem content with running out the clock from the Victory Formation while a handful of ministers and leaders continue the trench-warfare that comes with snatching people out of the fire (Jude 1:23).

The hour is too late and the stakes are too high to live out our Christian faith from the Victory Formation.

Sure, it’s a safe way to play the game. There’s almost zero chance you’ll end up losing possession of the football. Might as well take a knee and run out the clock, right?

The Parable of the Talents

In Luke 19, Jesus gives the parable of the 10 talents. In the parable, Jesus says a man of noble birth was going away to become king and he gives 10 servants one talent each with the instruction “Occupy till I come.” Occupy meaning put this money to work or continue conducting business until I return as King.

The story continues with the nobleman returning to find one servant who earned 10 talents off the original amount given to him. The next servant had gained five. The final servant hid his only talent in a cloth and did nothing with his master’s money. He played it safe because he was scared of his master.

The telling reason Jesus gave this parable is all the way back in verse 11. Luke says “he went on to tell them a parable because he was near Jerusalem and the people thought that the Kingdom of God was going to appear at once.”

So it’s possible the people had a penchant to play it safe since they thought the Kingdom coming in power was imminent. Maybe the underlying attitude among the followers was one of complacency or worse–safety.

Aslan, the Lion in C.S. Lewis’s classic children’s story The Lion, The Witch and the Wardrobe represents Jesus. As the inquisitive children ask about Aslan, Mr. Beaver replies, “Course he isn’t safe. But he’s good. He’s the King, I tell you.”

Lewis got that one right. Jesus is anything but safe. Following Him is anything but playing it safe. As a matter of fact, Jesus Himself said, “If anyone wants to come with Me, he must deny himself, take up his cross every day, and follow me. (Luke 9:23)” Does carrying your own method of execution sound safe to you?

Yes, we already have ultimate victory. We’re marching from victory to victory. But truly following the King is anything but playing it safe.

Things are going smoothly. You feel like your steps are being ordered by the Lord as He positions you to move into a new season. You’re receiving fresh revelation and insight on a daily basis, it seems. Then it happens. Some random Satanic dart finds its way into your transition-zone, and it momentarily knocks you for a loop.

It’s nothing major, just a little reminder that there’s still an enemy of your soul who’d love nothing more than to cause a setback on your journey.

Maybe it’s a co-worker’s attitude, or a lying tongue spreading vicious rumors about you or your family. Maybe it’s an unexpected doctor visit and/or X-Ray in the middle of your day, or even a sudden negative report from your banker.

These sudden trials sometimes have a way of making us fear the future and doubt God’s plan for our lives.

In Numbers 13, it looks as if the Israelites are making progress on their journey. So, Moses, at God’s command, sends 12 spies to check out the Land of the Promise.

However, when only two of the 12 come back with a favorable report about the land, it’s setback-city.

The unexpected presence of giants and large fortified cities was enough to cause 83-percent of the spies to give up on the mission, and ultimately to give up on God.

Thank God for two men that continued following God’s purpose for their lives. Joshua and Caleb didn’t allow this temporary setback to deter their vision of the God who brought them out of the land of Egypt.

The enemy always wants you to look at the problem. That’s why sudden, unforeseen circumstances arise in our lives.

How do we overcome the backlash? How do we stay focused when the enemy tries to disrupt our progress?

The sudden attack was meant for evil, but God’s still in control. He started it, he finished it. Keep your focus on Him and Him alone.